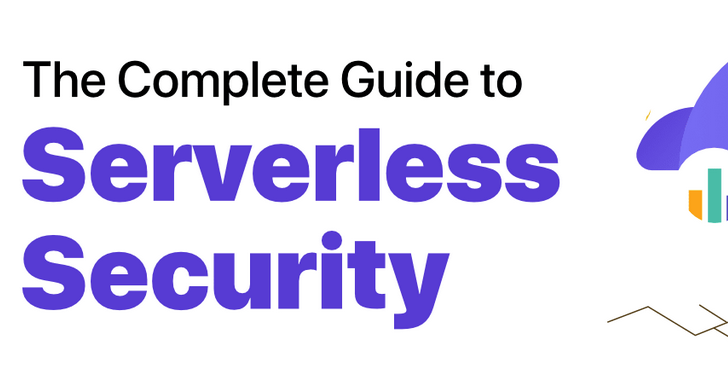 Third-party cloud services open up any business to new risks.

The high number of components of serverless applications are difficult to track and manage by security teams.

For security, this decreases visibility and makes it more difficult to promptly defend the application.

How do you retain a comprehensive overview and react promptly within a serverless environment?

Proper serverless security protection is essential in times when businesses rely more and more on third-party cloud environments and regularly add new components to their application.

What should it entail, and how is it different compared to other security solutions? Here, we go over the main benefits of strong serverless security tools.

Attack surfaces have been rapidly increasing with complex multi-cloud deployments that feature numerous components, remote work, and a higher number of cybersecurity incidents than ever before.

The issue that follows is that it’s difficult to retain a comprehensive overview of the security with the system that is rapidly changing as new technology is added and more people (workers, users of the application) are granted access to it.

Serverless security protection is designed to increase both visibility of possible vulnerabilities that could be exploited by cybercriminals and the state of the security in real time — regardless of the number of components or changes within the application.

For instance, the solution can identify:

Some of the attacks that it continually detects include path traversals, large requests, malformed content types, unvalidated redirects, and HTTP method tampering.

The weaknesses that the software is created to detect are weak cryptography, poor browser caching, inadequate authentication, unauthorized network activities, and insecure cookies.

Most of the mentioned flaws and injections have proven to be a common problem for serverless environments, according to OWASP.

As businesses that use serverless technology scale, the number of smaller components increases as well.

Those parts are often adopted from different cloud providers, and each of them has versatile configurations, new attack vectors, and protocols.

All of them increase the attack surface by creating novel access points that the threat actors can target — and, if not protected, exploit to breach an organization.

Security has to keep up with the deployments and cover novel microcomponents at the moment they’re added to the system — the area in which serverless security excels.

To continually scan for potential weaknesses that could lead to cybersecurity incidents, serverless security protection relies on artificial intelligence (automation).

AI-based serverless security protection can detect and mitigate threats 24/7. That takes a lot of legwork from teams while at the same time providing them with a timely and accurate report on the state of security at any given time.

Automation aids security teams in gaining an accurate report on the added components and being notified of any potential hacking activity or critical risks in real time.

Many components are followed by an increased amount of data that has to be processed.

Automation aids teams in making sense of the information that is continually generated about security.

Knowing which threats are high-risk and thus likely to target the serverless system aids security analysts in creating a patching schedule based on the latest findings of the tool.

Therefore, they can apply a top to bottom approach where they take care of the most pressing tasks on time, as well as make fast and informed decisions on how to react in the face of a potential cyber incident.

Serverless security protection provides a robust security solution at a lower cost than traditional ones due to automation.

Security costs don’t have to be paid all at once but compensated as the need for additional components and services that need protection arise.

Purchasing the serverless parts of the architecture in the form of popular security as a service prevents unnecessary spending beforehand.

The use of artificial intelligence requires less manpower and enables existing teams to dedicate their time to further automation of security or advanced threats.

For IT departments that currently lack cybersecurity professionals and that leave the existing workers overworked and understaffed, helpful tools such as these have a great role in retaining top talent.

What’s more, faster threat discovery prevents the high cost of the cyberattack and its aftermath. On average, the cost of an attack is $1.79 million per minute.

Instead of fixing the damage that has been done, serverless security relies on the prevention of risks that could harm the reputation and finances of an organization.

Tools such as Firewalls are not enough for thorough and comprehensive protection of serverless environments.

Complex cloud environments seek security that is not built based on the application, but instead the solutions that can be added to the existing architecture as they scale at any moment. In that way, there’s less of a chance of unpatched critical flaws in the system.

Although cloud vendors are still the ones responsible for the security of the service they provide, an added layer of security can prevent unwanted access and exploitation of misconfigured components.

Serverless security protection is the tool designed for the architecture of the future that is being built based on the emerging needs of a company for a lower cost and updated with the latest methods that hackers have utilized to breach organizations.

Columbia’s Ski-Jacket Tech Is Going to the Moon