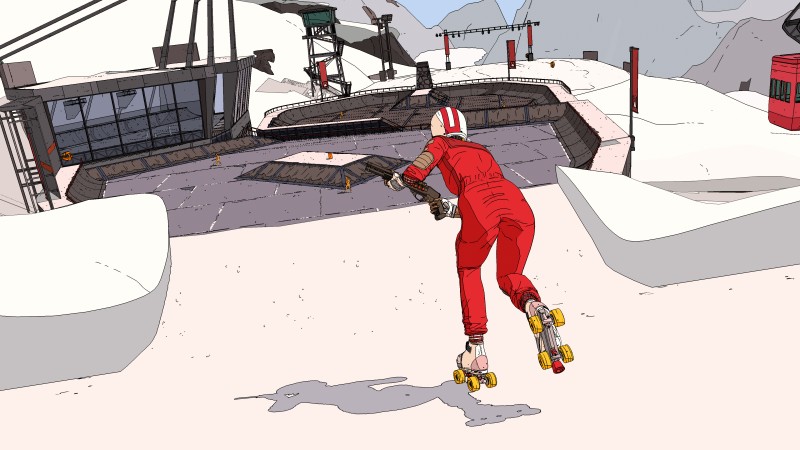 Rollerdrome Blends Combat With Skate Stunts On PlayStation And PC

Rollerdrome Blends Combat With Skate Stunts On PlayStation And PC


If you thought football (both types) would continue being popular in the year 2030, you are apparently wrong. A new bloodsport called rollerdrome will apparently become all the rage in that year. Rollerdrome is in development at Roll7, the studio behind the OlliOlli series, and will be published by Private Division on August 16 for PlayStation 5, PlayStation 4, and PC.

Anyone can compete in this deadly game, but the deck is stacked against them, as they take on house players (much like the American Gladiators show). The goal of each competitor is to achieve the highest score possible, by combining rollerskate tricks with eliminations. The player assumes the identity of Kara Hassan as she enters her first match. Your goal is to rise the ranks and hopefully become the Rollerdome champion – meaning you stay alive.

“It’s been amazing to see this project come to life from the original prototype that received a lot of love online, all the way to the brutal and intense experience it is now – thanks to the amazing work of the team at Roll7,″ Paul Rabbitte, creative director at Roll7, said. “We’re really excited for players to jump into Rollerdrome.”

Record trade deficit due to import surge in May