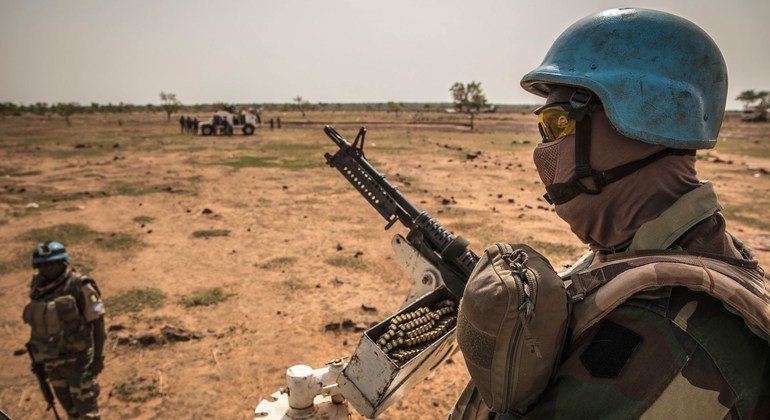 The blue helmets were killed, and another injured, when their Armoured Personnel Carrier hit an improvised explosive device outside the town of Douentza, located in the Mopti region in central Mali.

In what is yet again another cowardly attack against our peacekeepers, 2 brave Blue helmets from Egypt lost their lives today while #ServingForPeace with @UN_MINUSMA. These crimes are a blatant violation of international humanitarian law & shall not go unpunished. @EgyptPRNewYork

UN Spokesperson Stéphane Dujarric, said the incident also marked the sixth time a Mission convoy has been hit since 22 May.

“The Secretary-General condemns this new attack on our peacekeepers, who, as you know are just fulfilling the mandate in Mali given to them by the Security Council in extremely challenging conditions,” he told journalists in New York.

The UN chief also wished a prompt recovery to the injured peacekeepers.

El-Ghassim Wane, head of MINUSMA, took to Twitter to condemn “this new attack by extremist elements.”

In another post, he wrote that this has been “a hard, very hard week for us.”

On Wednesday, a MINUSMA logistics convoy in Kidal, northern Mali, came under direct fire from suspected members of a terrorist group for roughly an hour.

Four peacekeepers from Jordan were injured, one of whom died from his wounds after being evacuated.

The head of UN Peacekeeping, Jean-Pierre Lacroix, also tweeted his condemnation for what he called “yet another cowardly attack against our peacekeepers”.

Mr. Lacroix said “these crimes are a blatant violation of international law,” adding that they  “shall not go unpunished.”

Mali continues to be among the most dangerous places to serve as a peacekeeper.

MINUSMA – the French acronym for the UN Multidimensional Integrated Stabilization Mission in Mali – was established in April 2013 in the wake of a military coup and the occupation of the north by radical Islamists.

The Mission supports political processes and carries out numerous tasks related to security and protection of civilians.

Mr. Dujarric reported that the Mission recently helped to rehabilitate two bridges in the Mopti region which had been destroyed in earlier attacks.

The development will bring relief to the population, and will also facilitate the resumption of travel, commerce and other economic activity, including between Mopti city and the town of Bandiagara, some 65 kilometres to the southeast.

Meanwhile, peacekeepers have assisted people in two towns in the Kidal and Gao regions, as part of their ongoing support to communities in northern Mali.