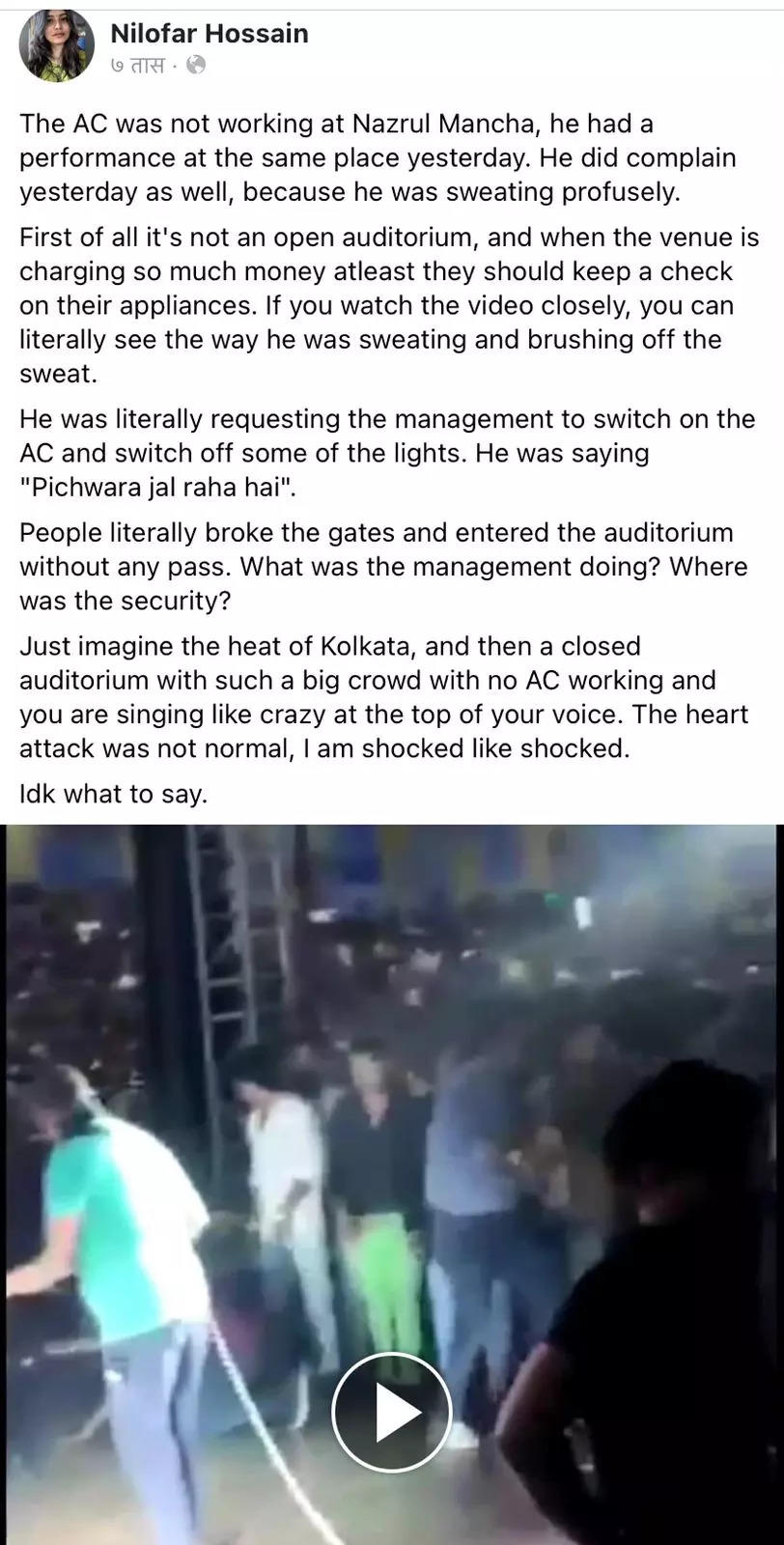 KK passes away: Fan shares a heartbreaking video of late singer from the concert; reveals the AC was not working and he was ‘sweating profusely’ | Hindi Movie News

KK passes away: Fan shares a heartbreaking video of late singer from the concert; reveals the AC was not working and he was ‘sweating profusely’ | Hindi Movie News

Bollywood singer Krishnakumar Kunnath, popularly known as KK, passed away at the age of 53 in Kolkata after suffering a heart attack. His sudden demise has left the entire nation in shock. KK was performing at Nazrul Manch in Kolkata and he felt unwell during the concert. A fan has shared a video on social media in which the late singer is seen ‘sweating profusely’.

In a post shared on Facebook, the fan revealed that it was not an open auditorium and even the AC was not working. KK kept requesting the management to switch the AC on as he was sweating continuously. Despite a massive crowd, the management failed to do anything about the AC or the ventilation.

The post shared by the fan read, “The AC was not working at Nazrul Mancha, he had a performance at the same place yesterday. He did complain yesterday as well, because he was sweating profusely. First of all it’s not an open auditorium, and when the venue is charging so much money atleast they should keep a check on their appliances. If you watch the video closely, you can literally see the way he was sweating and brushing off the sweat. He was literally requesting the management to switch on the AC and switch off some of the lights. He was saying “Pichwara jal raha hai”. People literally broke the gates and entered the auditorium without any pass. What was the management doing? Where was the security? Just imagine the heat of Kolkata, and then a closed auditorium with such a big crowd with no AC working and you are singing like crazy at the top of your voice. The heart attack was not normal, I am shocked like shocked. Idk what to say.” Have a look:

Meanwhile, KK was rushed to the Calcutta Medical Research Institute at around 10:30 pm, where doctors declared him brought dead.

Soon after the news of his demise was shared on social media, his fans and colleagues from the industry shared emotional messages. PM Narendra Modi also expressed his condolences and shared, “Saddened by the untimely demise of noted singer Krishnakumar Kunnath popularly known as KK. His songs reflected a wide range of emotions as struck a chord with people of all age groups. We will always remember him through his songs. Condolences to his family and fans. Om Shanti.”

What is masked Aadhaar and how can it prevent misuse

What is masked Aadhaar and how can it prevent misuse

Singer KK passes away: Unmissable pictures and moments from his live concerts | Photogallery