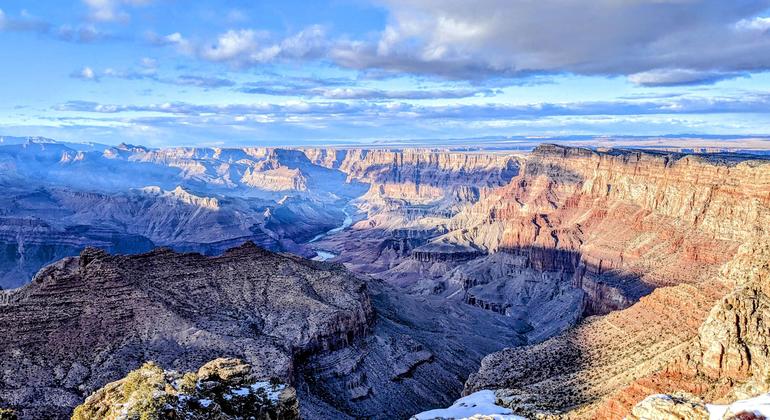 In addition to providing interesting places to visit and learn about the past, these sites are also climate change observatories that gather and share info on climate practices.

As climate change is one of the defining issues of our time, and among the greatest threats facing cultural and natural UNESCO World Heritage monuments and sites, this year’s theme is Heritage and Climate.

In recent months and years, the world has witnessed cultural and natural heritage sites threatened by wildfires, floods, storms and mass-bleaching events.

Marine sites are equally under pressure, with two-thirds of these vital carbon stores – home to 15 per cent of global blue carbon assets – currently experiencing high risks of degradation, according to the UNESCO Marine World Heritage: Custodians of the globe’s blue carbon assets study.

And if no action is taken, coral may disappear at natural heritage sites by the end of this century.

In response to these undeniable impacts on World Heritage monuments and sites, UNESCO is working to support countries in strengthening their capacities to prepare for and recover from climate-change related affects and disasters.

At the same time, it is also committed to harnessing the potential of culture for climate action, which still remains largely untapped.

“Our strengthened collaboration with partners and Member States to address the growing need for enhanced monitoring of the impact of climate change on UNESCO World Heritage through more accurate and relevant data has been critical, as well as our efforts to leverage global platforms, including the Urban Heritage Climate Observatory,” the UN agency said.

Developing inclusive public policies for climate action through culture is another essential step to advance a shared global climate agenda, which will be strongly supported through the implementation of the updated Policy Document on climate action for World Heritage.

As the world reflects on the 50th anniversary of the 1972 World Heritage Convention, building knowledge on World Heritage and climate change can inform a future roadmap for the next half century.

On this international day, UNESCO underscored its commitment to fully integrating World Heritage monuments and sites into climate action and strategies.

They are a shared global asset that needs to be safeguarded from the effects of climate change as well as a transversal tool for climate change mitigation and adaptation for current and future generations to come.

The international day was established 40 years ago, in 1982, by UNESCO’s General Conference and is commemorated annually on 18 April.