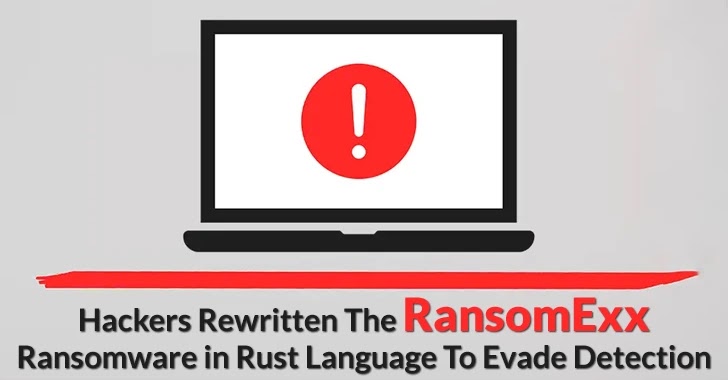 There has recently been a discovery made by IBM Security X-Force Threat Researchers regarding a new variant of ransomware known as RansomExx that is dubbed RansomExx2 which was written in Rust language.

While threat actor behind this malware is known as Hive0091 (aka DefrayX). Apart from this, the RansomExx is also known by following these names:-

“If the Rust language continues to be adopted by malware developers, then this will eventually change as AV vendors will start increasing their abilities to detect it, so its advantages compared to other languages will lessen. At that point, we may see malware developers shift and experiment with different languages instead,”. IBM researchers said.

The primary reason for using Rust may have been its ability to offer lower detection rates for anti-virus programs. As a result of this growing trend, it is following the same patterns as strains such as:-

DefrayX (aka Hive0091) threat actor group is also known for the following strains:-

A wide variety of ransomware has previously been released by this group, including versions for Linux and Windows. That’s why there is a good possibility that the Windows version of the ransomware will also be released soon.

Though the new variant RansomExx2 has been molded in the Rust programming language, but it still maintains much of its functionality as its predecessor.

Several parameters will need to be passed to RansomExx2 as part of its command line arguments to encrypt the target directories. Following that, files are encrypted with AES-256, while the encryption keys are protected with RSA cryptography.

There has also been an update to the ransomware group’s website, where now the page title has been changed to:-

When executed, ransomware enumerates and encrypts files in the directories specified by the user. With the exception of ransom notes and previously encrypted files, all files with a size of more than 40 bytes are encrypted.

A new file extension is given to every encrypted file so that it can be recognized easily. In every directory where the encrypted files are located, a ransom note will be dropped.

The ransom note is titled as “!_WHY_FILES_ARE_ENCRYPTED_!.txt” and this note contains the following information:-

There have been a number of victims of RansomExx’s operations since the operation was launched in 2018, including the following:

There is a high probability that there will be more threats trying out Rust in the future, as determined by X-Force. Among the newest ransomware families to shift to Rust in 2022 is RansomExx.

“Like the Go programming language, which has experienced a similar surge in usage by threat actors over the past few years, Rust’s compilation process also results in more complex binaries that can be more time-consuming to analyze for reverse engineers.”